The Beast vs The Mountain: Preview, Betting Offers, tips and Where to Watch Live

Eddie Hall vs Hafthor Bjornsson. The Beast vs The Mountain. This  Super Heavyweight boxing bout has now been confirmed for September 2021 in Las Vegas. Nevada’s desert playground will be ablaze with boxing fans when deadlift champion Eddie Hall takes on Hafthor Bjornsson, an actor from world-famous HBO series Game of Thrones.

The fight will certainly be passionate. These two men hold real grudges stemming from Eddie ‘The Beast’ Hall, six-time holder of the World’s Strongest Man competition, losing his world deadlift record by a single kilogram in May 2020 to Hafthor Bjornsson.

Where can I bet on The Beast vs The Mountain?

Although not all bookmakers are yet taking bets on this titanic Super Heavyweight boxing bout, some are ready to get ahead of the game and are offering markets. Both Betfair and William Hill are already open to your best guesses, offering competitive prices on what is sure to be a hard-fought and close encounter.

Odds for The Beast vs The Mountain

Although still a long way out, The Mountain from GOT taking on Britain’s Strongest Man in this Super Heavyweight boxing contest is an intriguing prospect.

The Beast vs The Mountain Tips

Both bookmakers already taking odds are backing The Mountain actor, Hafthor Bjornsson for the win in the Super Heavyweight boxing match, shading the encounter with a 60% chance of a win over Eddie Hall deadlift champion.

This would allow you to bet £200 on the Icelandic acting legend to take home £100 profit. At 6ft 9in tall and weighing in at 425lbs, you can understand why.

However, the better bet may be the former holder of the World deadlift record, Eddie ‘The Beast’ Hall.

At 6ft 2in and weighing ‘only’ 361lbs, Hall does concede a lot in terms of reach and power. But, the Staffordshire-born strongman is more than capable of pulling off an upset using his superior hand speed and pace.

If deadlift record holder, Bjornsson can sucker The Beast into a tight encounter with lots of close holds, Hall could be in trouble.

But, Eddie ‘The Beast’ Hall has been retired longer from Strongman competition and has regularly posted videos on social media showing his progress. It is a long time since Eddie Hall regarded himself as a deadlift champion. It appears he is now focussing on boxing.

It looks like he may be trying to imitate a transformation akin to that of Tyson Fury before his second bout with Deontay Wilder. With the bookies already only giving him a 40% chance of a win, he is well worth a flutter.

As neither man has fought professionally before, there may be little to be gained from looking at traditional boxing stats. Still, there is little doubt that this is one of the most exciting Super Heavyweight boxing encounters in years.

Eddie Hall appears to have been training for boxing since his win in the World’s Strongest Man in 2017, while the Game of Thrones Mountain has only just finished with his world record deadlift feat. 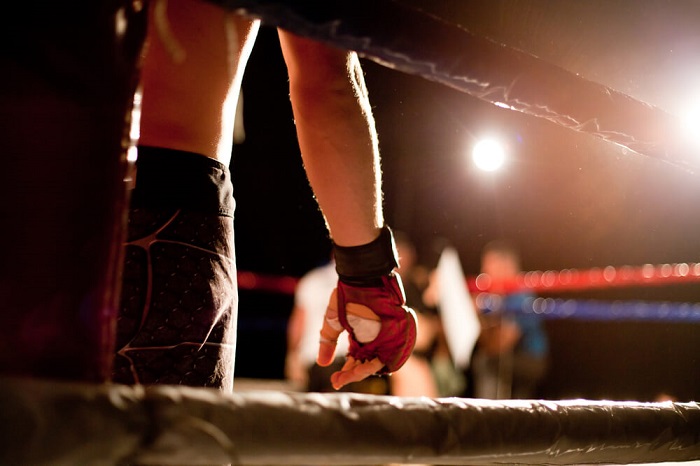 Where and When will we see The Beast vs The Mountain?

Details remain scarce about the time and venue of the fight, but Las Vegas in September 2021 is confirmed.

Neither The Beast nor The Mountain has boxed professionally before. But they certainly both seem quite experienced in the trash-talking expected around such an event.

Eddie Hall said on his Instagram feed that he is ready and explained how their dislike runs back to the 2017 World’s Strongest Man event. “It’s not the money; it’s not the deadlift feud we’ve got going on, nothing to do with that.

“It’s because you called me a cheat at World’s Strongest Man 2017. I can’t put that to bed; I can’t forget it. People may forget it, but you’ve never apologised.”

Bjornsson wrote on his Instagram, “It’s official. September 2021 in Las Vegas, Nevada, The Mountain vs The Beast. The next year and a half of my career will be solely dedicated towards this fight. I can’t wait to have my family ringside as I throw down. I’m coming for you @eddiehallwsm.”

Both men continue to train, even though the final scheduling of the fight is yet to be confirmed.

Who is The Beast?

Eddie Hall stands 6’2″ and weighs around 361 pounds. The 32-year old Englishman was born in Newcastle-under-Lyme in Staffordshire.

Although a talented rugby union player and swimmer in his youth, discipline was something of an issue as Hall was expelled from school, aged just 15.

After training as a car mechanic, Hall began competing as bodybuilder and strongman, and he started racking up the wins across various competitions.

His first major success came when he won England’s Strongest Man in 2010. The next year he retained the title and also added the UK’s Strongest Man to his growing list of accomplishments.

For Eddie, it was the deadlift where he really earned his nickname. Unbelievably, he broke the World Deadlift Record twice on the same day in 2016. A truly astonishing feat. Lifting 465kg first, he then bettered this with a deadlift of 500kg, a record which stood until Hafthor Bjornsson bettered the feat by a solitary kilo in May 2020, deadlifting 501kg.

Fuel was certainly important to him when he was a full-time athlete. Eddie Hall would usually eat an incredible 10,000 calories a day. Currently, his lunch consists of two large pieces of chicken and 300g of rice topped off with 200g of vegetables. After his nap, Hall then has another breakfast of chocolate and granola for more energy.

Money certainly does not seem to be a problem any more. Indeed to Eddie Hall, deadlift helped him make his fortune. His net worth is now estimated to be over £4 million.

Achievements of Eddie The Beast Hall

Here are all of the important titles won by Eddie Hall.

Who is The Mountain?

Hafþór Júlíus Björnsson, also known as ‘Thor’ or ‘The Mountain’, has certainly led a varied and interesting life.

Born in Reykjavík, Iceland in November 1988, he is the first person to have won the Arnold Strongman Classic, Europe’s Strongest Man and World’s Strongest Man in the same calendar year.

He is perhaps best known to people outside the world of competitive Strongmen, for playing Gregor ‘The Mountain’ Clegane in the HBO series Game of Thrones for five seasons.

Somewhat surprisingly, ‘The Mountain’ began his career as a former professional basketball player. Björnsson played for several different teams in the Icelandic first division and even played internationally for the Iceland basketball team at under-18 level. However, a damaged ankle cut short his basketball career and saw him turn to the world of Strongman competition.

He won Iceland’s Strongest Man in ten consecutive years from 2011 and also racked up five titles as Europe’s strongest man between 2014 and 2019. But he had to wait till 2018 before achieving the pinnacle of his career – claiming the title of World’s Strongest Man.

Achievements of The Mountain

These are all the titles held by Björnsson.

How to Live Stream The Beast vs The Mountain

Details of where to watch the fight have not yet been released by Core Sports. However, they have confirmed that it will be available through pay-per-view.

It is quite likely that you are going to be able to follow the fight through the above-mentioned bookmaker’s websites. Stay tuned, as the event comes closer though. We will update this page with all the available streaming options.

Your guide to the most important questions for Eddie Hall vs Hafthor Bjornsson.

How do I get The Beast vs The Mountain tickets?

Ticket information has not yet been released.

What is The Beast vs The Mountain size comparison?

Where can I find The Beast vs The Mountain stats?

Stats and information for the Super Heavyweight Boxing bout will be available from
the competitors’ official websites.

What is the date for the fight?

The exact date still awaits confirmation, but the fight is scheduled for September 2021.

Who holds the Deadlift World Record?