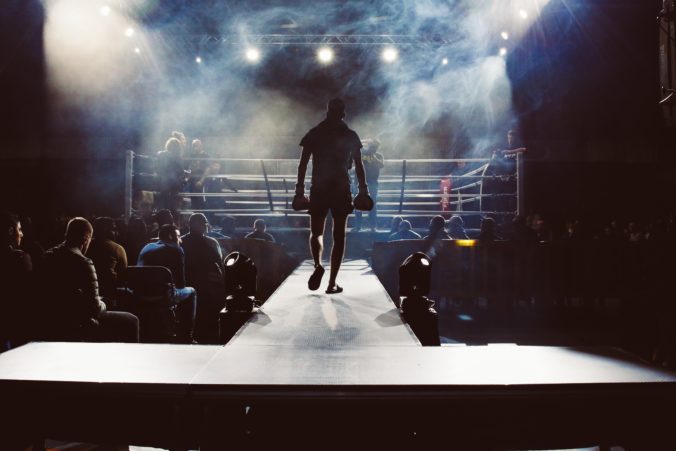 We’re just one day away from an eagerly-anticipated third fight between Tyson Fury and Deontay Wilder, as they look to make their mark in the heavyweight division.

Fury won their most recent clash, with a convincing victory over Wilder back in February 2022, which came after they controversially drew their first fight.

It has recently been confirmed that the winner of this fight will take on Dillian Whyte, in what could be an interesting contest between him and either Fury or Wilder.

Fury will be hoping that he can pick up his 31st win, and retain his unbeaten record so far in his career with another positive result against Wilder.

But Wilder has been in a confident mood heading into their third fight, and he’ll be hoping he can trouble the ‘Gypsy King’ when they face off this weekend.

Odds are subject to change.

Fury really impressed during the rematch between him and Wilder, and for him to win the fight by knockout or technical knockout is priced at 10/11 with bet365, and you’d be hard-pushed to find much better odds than that, as many will fancy him to repeat his tactics from the second fight.

New William Hill customers can benefit from their generous offer when signing up through a mobile device, as they’re offering Fury to win by knockout, technical knockout, or disqualification at 40/1, which is a fantastic price.

Fury won the fight in Round 7 in their second bout, and for him to win in Rounds 7-9 this time around, it’s priced at 9/2 with bet365, which is another generous price if the ‘Gypsy King’ can repeat his impressive performance from their rematch.

Fury is understandably the favourite heading into the fight, after a dominant performance in the rematch between both fighters back in February 2020.

“I see me beating him up and then knocking him out. As many things that I visualize in the first fight along with the second.

“I didn’t execute the game plan but this time around It’s just a different feeling, you know, all the way around. Just all the surroundings around me.

“The atmosphere. You know what I’m saying just the energy as a whole. I’m looking forward to putting on a great performance come October the 9th.”

Tyson Fury vs Deontay Wilder 3 is being broadcast live on BT Sport Box Office in the UK. If boxing fans don’t have that channel already, then they’ll have to pay £24.95 to watch the event.

In the US the event is a joint live by ESPN+ and Fox PPV.

The event is scheduled to take place at the T-Mobile Arena in Las Vegas, with the following matches on the undercard of the event.

Fury heads into the 32nd fight of his career full of confidence, after winning in convincing style against Wilder in the rematch back in February 2020, and it’s understandable that the ‘Gypsy King’ is a considerable favourite heading into this one.

Notable wins over the likes of Derek Chisora and Wladimir Klitschko in both 2014 and 2015 saw Fury establish himself as one of the biggest names in heavyweight boxing.

After a Split Decision draw against Wilder in the first fight between the two, wins over both Tom Schwarz and Otto Wallin followed, before he stamped his authority on the heavyweight division with an impressive win over Wilder in their second fight.

The ‘Gypsy King’ has had his eyes set on a fight with Anthony Joshua, but after Joshua’s recent defeat to Oleksandr Usyk, it remains to be seen as to who Fury will face if he beats Wilder for a second time.

At the age of 35, Wilder will be desperate to pick up a much-needed win against Fury on Saturday, and if he can do that, then he could have some big fights on the table.

But a defeat for Wilder against Fury in their third match could be disastrous, and you have to question where he’d go from that if he was to have his second defeat inflicted on him.

He had been hugely impressive heading into the first fight with Fury, having won 41 out of his 42 wins via knockout or technical knockout.

Wins over Dominic Breazeale and Luis Ortiz followed after his Split Decision draw with Fury in their first fight, but he tasted his first defeat to the ‘Gypsy King’ back in 2020, and will be desperate to avenge that defeat this week.

It remains to be seen as to what happens next at this stage, but you would imagine that if Fury was to win for a second time, then he’ll potentially have his sights set on a fight with Oleksandr Usyk if the Ukrainian was to beat Anthony Joshua in their rematch.

But if Joshua was to win that rematch, then it could delay any potential fight between Fury and Usyk even further, much to the frustration of his supporters.

If Wilder was to win this one, then it wouldn’t come as a surprise to see a potential fourth fight between Fury and the American in the future, as both of them would have a win to their name.

It has recently been confirmed that Dillian Whyte is the challenger for the winner of Fury vs Wilder, as the wait goes on to fight either Joshua or Usyk.