The 43-tournament PGA Tour season is over, and we’re now into the FedExCup playoffs. These will determine the season-long Championship of this year’s tour.

Throughout the entire season, players have been earning points from their finishing positions in each of the tournaments. At the end of the season, the top 125 players on this leaderboard are eligible to play in the playoffs. As the playoffs progress, the field is cut from 125 to 100 players for the Deutsche Bank Championship, and then 70 players for the BMW Championship.

The playoff will be played at Conway Farms Golf Course in Illinois. It’s a relatively new course having only been opened in 1991, and has only been used twice for this event in 2013 and 2015. With only two events being played here in the past, it is quite hard to derive course form, especially as the last two times the course was saturated. This time round, there has not been much rain for a couple of months, and very little wind is forecast. Given Tom Fazio’s design of Conway Farms is based on Scottish links, wind is one of the main ways this course can be made more challenging. Therefore, there is a good chance we could see lots of low scores for this playoff.

A low scoring course would favour Jordan Spieth who currently leads the birdie average in 2017. He is the bookmakers favourite to win the BMW Championship with odds of 7.00. Although he didn’t win either of the previous two playoffs, he came very close in the Northern Trust, narrowly losing to Dustin Johnson, and very close again in the Dell Technologies Championship losing to Justin Thomas. Spieth’s course form isn’t so impressive, finishing 16th in 2013 and 13th in 2015 but the decent conditions forecast, there should not be much here to prevent the top players producing a solid performance.

Among those challenging him will be Dustin Johnson and Justin Thomas. Johnson’s form has been mixed this season, with poor results since his back injury. He did win the Northern Trust, but showed more of his recent disappointing form in the Dell Technologies Championship, making him quite a hard player to predict. Thomas sits second in the leaderboard, and a strong performance versus Spieth could put him in pole position for the points reseeding.

Besides the lavish prize money, the final playoff here has great importance because of how the points system works.

The top 30 players following the BMW Championship will progress to the Tour Championship. At this stage, the points are then reset, and points are awarded based on the top 30 seeding. This means that any player inside the top 5 has a chance of winning the FedEx Cup.

This can be a bit controversial as a player who has been in great form all season can only win many tournaments throughout the year and accumulate a significant lead. Regardless of their initial point score, the point reset means their lead will always be a maximum of 200 points. Some regard this as unfair, but it can’t be denied that this does create excitement for viewers and sponsors, and with a massive $10m available for first place, it provides a great end to the season. 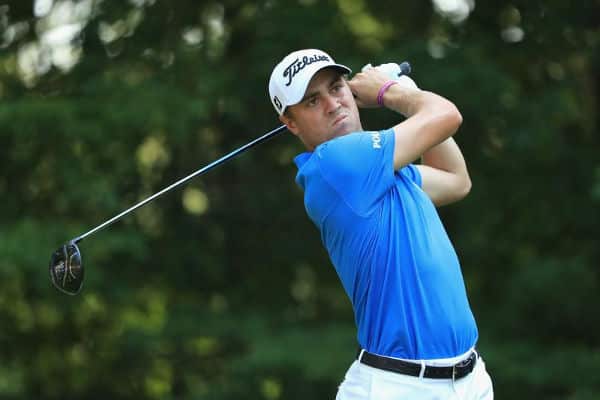 How to Watch the BMW Championship?

This event is exclusively on Sky Sports, with the majority of the coverage on the golf channel, and some made available on the Main Event channel too. Here are the details:

Spieth is the narrow favourite ahead of the tournament starting, followed by Johnson. The odds are provided by Bet 365, and are accurate at time of writing and subject to change.

For those looking to bet on the third FedExCup Playoff, there are a few offers from our featured betting sites that will get you some extra value: