2017 Valspar Championship – Betting Preview with Odds, Offers And Where To Watch Live

The 2017 Valspar Championship kicks off on 9th March 2017 and takes place at the Copperhead Course, Florida.

As soon as the WGC Mexico Championship is over, we’re heading to Florida for the next tournament on the PGA Tour.

Attendance of the Valspar Championship hasn’t been helped by the World Golf Championship being hosted in Mexico rather than Flora, where it was hosted from 2007-2016. Quite a lot of the top ranking players won’t be playing here this year, including Jordan Spieth who won in 2015. Henrik Stenson and Justin Thomas are the only top ten ranked players involved.

Henrik Stenson will be the highest ranked player at 6th, and will start as favourite. He only got through 11 holes at the WGC Mexico Championship before having to quit due to a stomach virus but is expected to be back to full fitness for the Valspar Championship.

The three last holes are the hardest at the Copperhead course and form the ‘Snake Pit’.  The 16th hole is a 475 yard par 4, with water all the way down the right side of the fairway.  It’s this hole that is likely to drum up bigger numbers as the 17th and 18th don’t have water. The 17th is a shorter par 3 with a narrow approach to the green with trees either side. The final hole is a 445 yard par 4, with first trees surrounding the fairway to navigate, followed by bunkers.

In fact woodland features heavily throughout the course. Therefore driving distance isn’t the most importance aspect of the game, with the driving distance winners often not ranking in the top 20. Last year Schwartzel closed a five shot deficit and won on the first hole of the playoff. He isn’t fancied this year by bookmakers, and you can back him at 40/1. 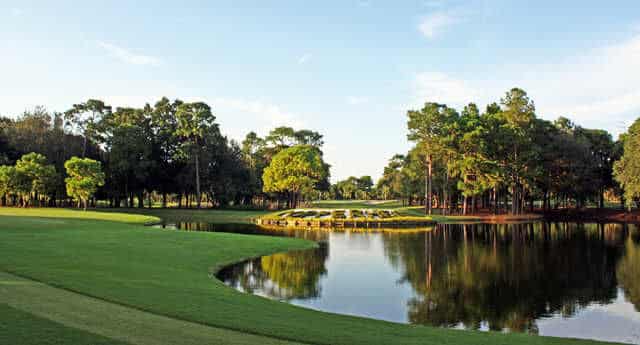 Where to watch the 2017 Valspar Championship on TV

Sky have the broadcasting rights in the UK. They’re covering all four days, with coverage starting at 7pm each day on Sky Sports 4.

It’s the two best ranked players who are the favourites to pick up the $1,098,000 price fund. The full odds are provided by 10Bet, and correct at time of publishing:

Even though there are fewer higher ranking  players at the Valspar Championship, there are quite a few offers available on UK betting sites . Generally you’ll need to place your bets ahead of the tournament starting to be eligible:.