Thousands of players around the United Kingdom will be looking to find the best Grand National tips for the biggest event on the National Hunt calendar. However, there are a number of front-runners for the event that should be evaluated before making Grand National 2021 tips.

Below you will see the Grand National winners for the race at Aintree this year:

*All Odds are subject to change.

There were over 100 horses given weights in the official Grand National line up. But that has opened up selections that may not have been among the prominent Grand National tips for the race this year. These are some of the Grand National top tips to keep an eye out for this year.

Once you have all the information you need to selected your top winner, check out the Grand National betting offers available to maximise your returns.

A horse that will feature in a lot of Grand National tips this year is Burrows Saint for trainer Willie Mullins. The eight-year-old has been given a weight of 10 st 3 lb for the race this year. This is a far lower weight than many of the leading Grand National tips.

Burrows Saint has been progressive over the longer distances since joining the Mullins yard. Plus, he was decent despite finishing second behind Mary Frances at Clonmel last December. He has achieved success over the National distance. An example of that coming at Fairyhouse in April 2019, as he won by one and a quarter lengths from Isleofhopendreams.

The biggest market mover in the Grand National tips after the weight declarations was Cloth Cap for trainer Jonjo O’Neill. The trainer last won this prestigious race with Don’t Push It, who was rode home by A P McCoy. Cloth Cap will have to carry a weight of 10 st 5 lbs in the National this year, which is a very promising mark for the Trevor Hemmings-owned horse.

His form has certainly been consistent enough to be considered a leading Grand National tip for the race, as he won well at Kelso last time out after winning at Newbury over three miles and two furlongs. That was an impressive performance to hold off Aye Right by ten lengths. He could be a standout among the 2021 Grand National tips.

Santini still appears in the betting for the Grand National but there are differences of opinion with the bookmakers. The horse’s odds to win the Aintree marathon range from 16/1 to 50/1. Not running is written into the bigger price but the non-runner/no bet concession does not apply. The trainer, Nicky Henderson, has never won the national and Santini could be his best prospect.

Santini underperformed in the Gold Cup and was never travelling or jumping. The jockey pulled up the horse after the first circuit and something was amiss. However, Santini true form was finishing second in the Gold Cup last year and could still be a National handicap good thing off top weight. That form justifies the weight allocated by the handicapper.

Minella Times is aged eight which is a relatively young age for a National winner. However, that trend has changed in recent years and three eight-year-olds have won run the race since 2015. The horse has finished second in two competitive handicap chases in two starts. In both cases he was both stopping at the line which augurs well for the National.

Minella Times is a progressive horse who could be given a manageable mark in the Grand National. Some impressive form as a novice suggests Minella Times could provide Rachael Blackmore with an historic first win as a female jockey in the most famous steeplechase in the world. The leading jockey at the Cheltenham Festival  is on a horse good enough to win the race.

What Grand National Tips To Look For?

Before making bets on 2021 Grand National tips, there are a number of factors that customers should look into. Undoubtedly picking the winner of the illustrious race is difficult, as many have compared it to betting on the lottery. However, there are some important pieces of information that should be studied.

The most important is the distance that horses have run over before making a wager on Grand National who to bet on. The National is run over a distance of four miles and 514 yards, which means that the staying power of runners will be tested. Meanwhile, the handicap is essential reading. Customers should look at the weights that must be carried by the runners before determining what horse they will bet on.

The history of trainers and jockeys in the Grand National should also be examined. Trainers that have an esteemed history of training National winners will have a better chance of training a winner than a trainer that is yet to pick up a win in the National. Gordon Elliott has trained the winner in two of the last three years, while Lucinda Russell, Richard Newland and Paul Nicholls have all also trained winners over the past ten years.

Davy Russell has achieved multiple successes in the Grand National over recent years. He won onboard Tiger Roll in 2018 and 2019. Leighton Aspell has also won on two occasions in the past seven years, as he won with Pineau de Re in 2014 and Many Clouds the following year. 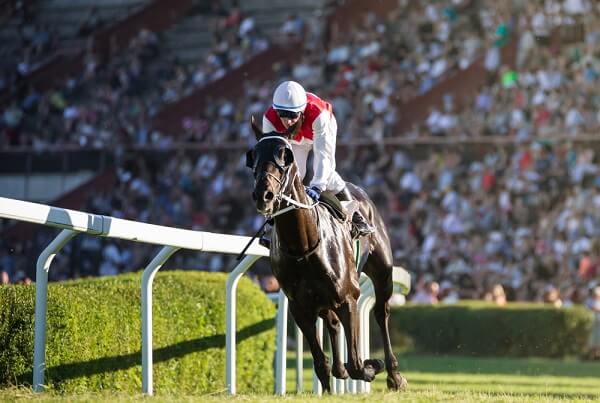 The ante-post market is the best place to get the Grand National top tips. Here, customers will be able to wager on the Grand National winner before the final declarations have been made. All runners will have higher prices in this market, as there is a chance that they may not declare for the race.

Importantly, you should consider the chances of the horse running in the National before wagering on this market. If a horse looks more likely to run in a featured race at the Cheltenham Festival, then they may not be a likely runner at the National. It can be a good place to make Grand National top tips though, as the leading sites will offer non-runner no bet. That means that your stake will not be lost should the selection not run in the Grand National in 2021.

Remember that you are able to watch the Grand National live, whether on the telly or on the go with live streaming from various bookmakers.

Tiger Roll Tips – Will Not Be Racing

Tiger Roll has been withdrawn from the race as of March 2, 2021.

There is no denying that the romantic pick of the Grand National runners and riders would have been Tiger Roll. The two-time champion won this race in 2018 and 2019 but was cruelly denied a chance of history after the National was cancelled last year. He was the favourite in the Grand National ante-post market before he was given a weight of 11 st 9 lbs for the National this year.

There were certainly doubts whether the Gordon Elliott-trained superstar could win a record-equalling third National, as his form over the past 12 months has been fairly poor. There was further evidence of his fading staying power at Navan recently, as he finished last in the Boyne Hurdle. However, the Tiger will not roar again at Aintree, connections deciding the weight was too big of a burden. It remains unclear if he’ll make it to Cheltenham for Cross Country Chase amid the temporary ban on Gordon Elliott horses racing in the UK.