How can I sign up at an online bookmaker to bet on the Champions League?

Champions League Cash Per Goal
Go to SportNation Champions League
18+. Only bets on the specified teams will qualify. One team per account. Cash credited within 24 hours of the match ending. A maximum of 1 goal per game will be paid. Only goals from the specified players qualify. Cash amount based on the qualifying stake as per the table above. Offer ends 30/09/2021. Full T&Cs

Boosted accumulators are a great way for punters to boost the overall return of the accumulators that they place.

Some bookmakers don’t always offer this though, and so it’s important to check the Terms & Conditions with your chosen bookmaker first, before placing an accumulator bet.

Punters sometimes get their wagers refunded if their stakes lose, especially in the form of Acca insurance. If one leg lets you down, you receive a refund, in the form of bet credits.

This is no different when including some Champions League matches in an accumulator, although you should check with your bookmaker first to see if your bet is eligible for Acca insurance.

Odds boosts are common when it comes to Champions League matchdays, with bookmakers offering a range of different markets for the odds to be ‘boosted’ to a higher price.

The likes of Betfair and Sky Bet are often using Odds boosts, and are more than likely to be doing the same when the Champions League group stage matches get underway.

How We Picked Our Best Champions League Betting Sites

With the Champions League being known for its hugely competitive nature between some of the best teams across Europe, there are often various promotional offers for both existing and new customers to use on fixtures in this event.

Odds boosts are also used regularly on Champions League matches and are worth looking into in more detail, as they can offer punters a greater return on their bets than it would with the standard odds being offered.

Live betting is an important feature to have for a bookmaker, as it gives customers the opportunity to place bets whilst an event is taking place.

The majority of bookmakers offer live betting, and some offer promotions on in-play betting, with bet365 being one of those on certain games in the Champions League.

There are plenty of markets to bet on in the Champions League, from full-time results, to how many free-kicks a team will have.

Below, we take a look at the main markets that are available on the majority of bookmakers.

We keep this page updated daily throughout the season with the best promotions open to new customers.

The Structure of the Champions League

The Champions League has already gone through the qualification stages, and now the teams are separated into eight groups, consisting of four teams in each.

The top two from each group will then move into the knockout stages of the competition, whilst the third-placed team moves into the Europa League.

The knockout matches then take place, where eventually, two teams will battle it out for the Champions League title at the end of the season.

The final of the Champions League is set to take place on Saturday 28th May 2022 at Gazprom Arena in Saint Petersburg, Russia.

To find out more on the outright winners check out our dedicated page to Champions League odds.

Bet of the day 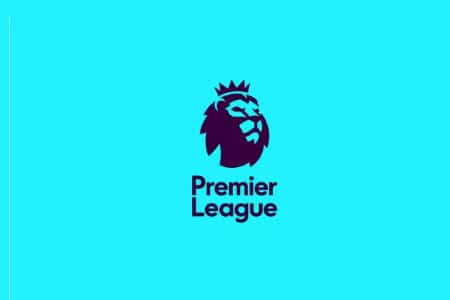 Bet of the Day
Bet of the Day - Paris FC to win @ 4/5
Review Claim Offer
Friday's Bet of the Day comes from Ligue 2, as we tip Paris FC to beat struggling Dunkerque, which is priced at 4/5 with bet365. Full T&Cs
Review Claim Offer
We are using cookies on this website to ensure you get the best user experience. If you continue to use our site we will assume that you consent to cookies. Alternatively, you can choose "Read More" to see what cookies entail.OkRead More