The most googled WWE stars across the world

Which WWE superstar or Hall of Famer is the most googled all around the world? Is it the ‘Head of the Table’ Roman Reigns or the world is still obsessed with Stone Cold Steve Austin?

We used Google Keyword Planner to obtain the search volumes for WWE wrestlers – active, alumni and Hall of Famers – to ascertain who is the most googled wrestler all around the world for the last 12 months.

No surprises that Roman Reigns was the most googled WWE superstar 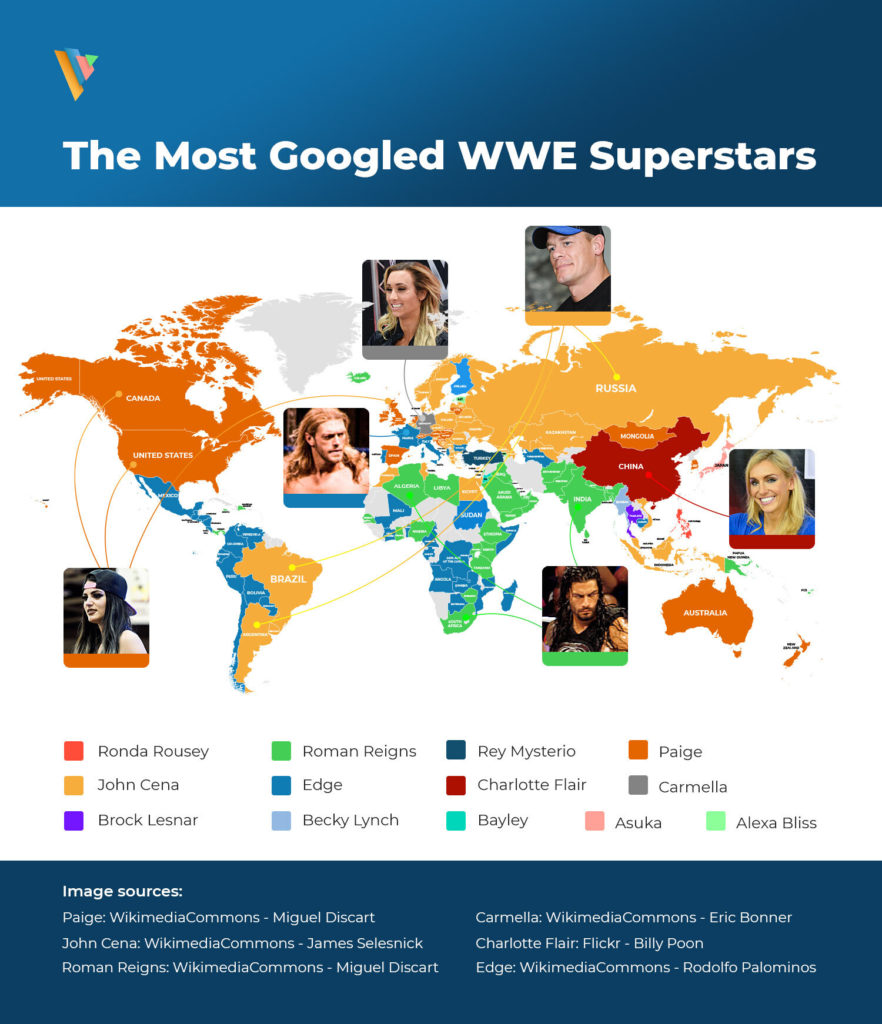 Both in terms of overall search volume and the number of countries searching for him/her, Roman Reigns is the most googled.

The reigning WWE Universal Champion is the most googled WWE superstar in 35 countries, and his overall search volume was 1,000,000 per month, all around the world. Among the countries where he’s the most searched, India accounted for the highest volume, with 673,000 searches per month for the five time World Champion.

John Cena is the second most googled, in terms of search volume, in the world with 368,000 searches per month in the last year. He was also the most googled in 32 countries – second only to Reigns and Edge.

Reigns is tied with Edge when it comes to being the most googled WWE superstar in the most number of countries.

Edge, like Reigns, is the most googled WWE superstar in 35 countries and his search volume for the last year was at 165,000 per month. He led the way in multiple countries including Mexico, France, Colombia and more.

Among WWE Hall of Famers, Edge was by far the most searched, topping the list in 70 countries. Him being back in the ring as an active competitor definitely has a role to play.

Among the non-active/part-time WWE hall of fame superstars, Kane is the chart topper. He had an average search volume of 201,000 per month in the last year. 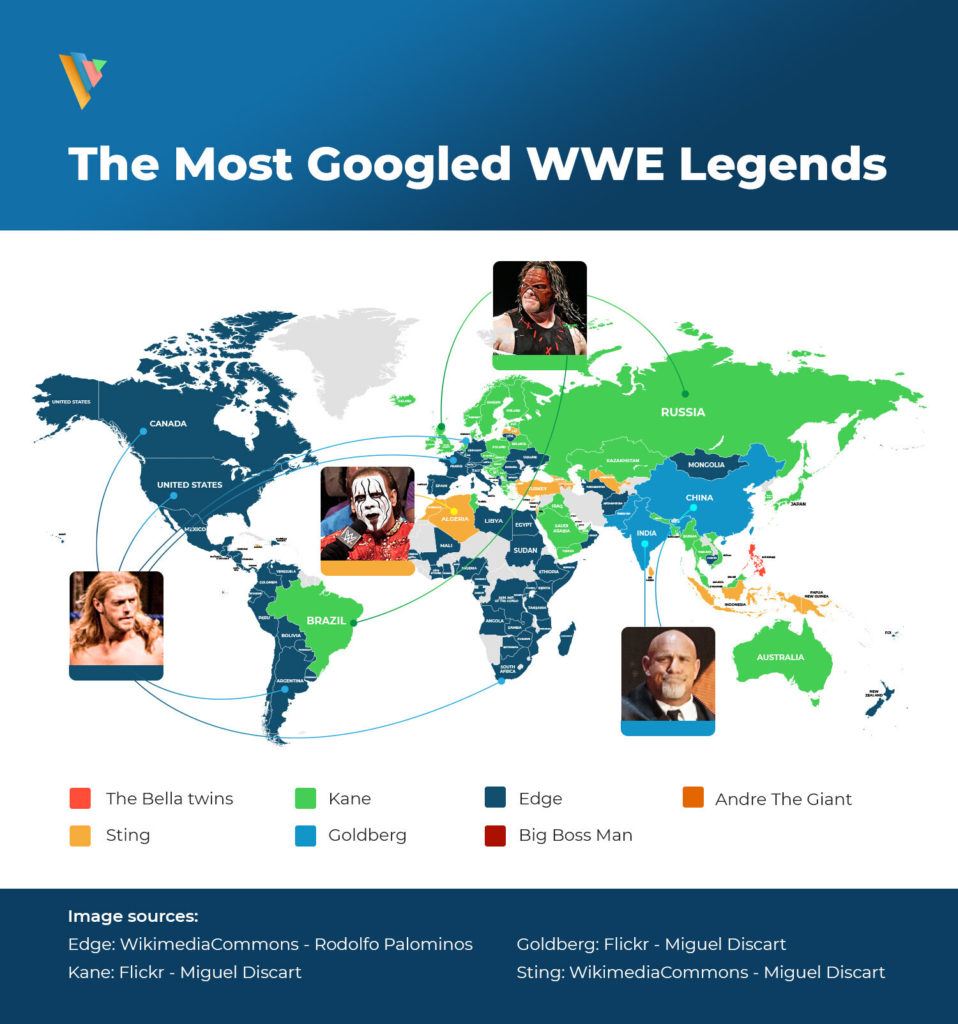 The most searched female wrestler

Paige, interestingly, was the most searched female wrestler, active or retired, by overall search volume (301,000 searches per month). She is currently contracted as an ambassador for WWE and hence listed as a ‘current superstar’ on the roster. Paige is also the most searched WWE wrestler in the United States, Canada, the UK and Australia (as well as Mongolia).

Among the ones active in the ring, Sasha Banks leads the way with 110000 searches per month and that figure is matched by Carmella.

Ronda Rousey, who made her return at the 2022 Royal Rumble, clocks 165000 average searches per month with her UFC background and cross-market appeal contributing to the higher search volumes.

The Rock dwarfs them all, which is why we excluded him from this research

Dwayne ‘The Rock’ Johnson’s search volumes dwarf all the WWE wrestlers but that is predominantly because of his extremely successful acting career.

The Rock is arguably the most ‘over’ wrestler in WWE history but his Hollywood success has definitely made him the most popular figure to come out of not just WWE, but the pro-wrestling industry.

If his search volumes were included among all WWE superstars, he would top the list in all countries. An example of this is that he garnered an average of 823,000 searches per month in the US alone.

To be fair to in-ring workers, we decided to separate The Rock’s results from this research.