What is a Trixie Bet? A Simple Explanation to How They Work 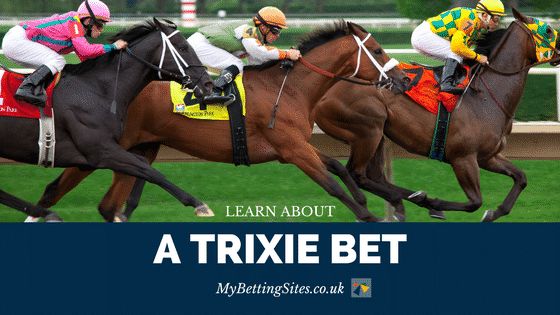 When you place a Trixie bet, you are placing four bets on three different selections. A £1 win-only Trixie bet would, therefore, cost £4.

How much you win from a Trixie depends on the number of selections which win and the odds of each one. Because a Trixie bet contains no single bets, two of the selections must win in order for a return to be achieved on the bet.

The four bets consist of three doubles and a treble. The diagram below shows a win-only Trixie. Bets one, two and three consists of the doubles, and the fourth bet is the treble. 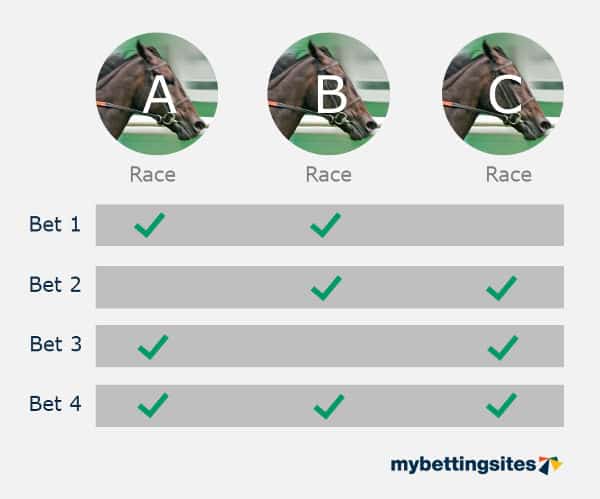 Work out your winnings with our Trixie Bet Calculator.

Why Make a Trixie Bet?

If you place an accumulator, you require every single selection to come in to win the bet. With a Trixie, it is a little different as you can still get a return on your bet even if one selection doesn’t come in. Therefore one key advantage of the Trixie bet is that it provides a better chance of return, and can be considered to be like insurance on an accumulator.

The disadvantage of a Trixie bet is that it does require a higher stake.  The tradeoff of increased probability of winning is that the returns are likely to be lower.

Is It Possible to Do an Each Way Trixie?

An each way Trixie bet consists of eight bets. Four of the bets are to win, as above in the image. Four extra bets in an each way bet are for the selections to place.

What Is the Difference Between a Trixie and a Patent Bet?

Patent bets also feature three selections, but there is one key difference.

A Trixie has four bets. A Patent bet has seven bets.

A Patent includes all of the four bets in the image above but features an additional three bets. These three additional bets are three singles, one for each of the selections. The stake of a patent would be larger, but a return would be made if just one selection come in. The return would be unlikely to be greater than the stake though.

A Trixie bet consists of four bets over three different selections. It has three doubles and a treble. It is a popular way to bet because it has an increased chance of a return being achieved versus a multiple comprising of singles.

If you want to try placing a Trixie bet on a huge horse racing event, you can start with the Royal Ascot after reading the best Royal Ascot offers available for this years edition of the race.